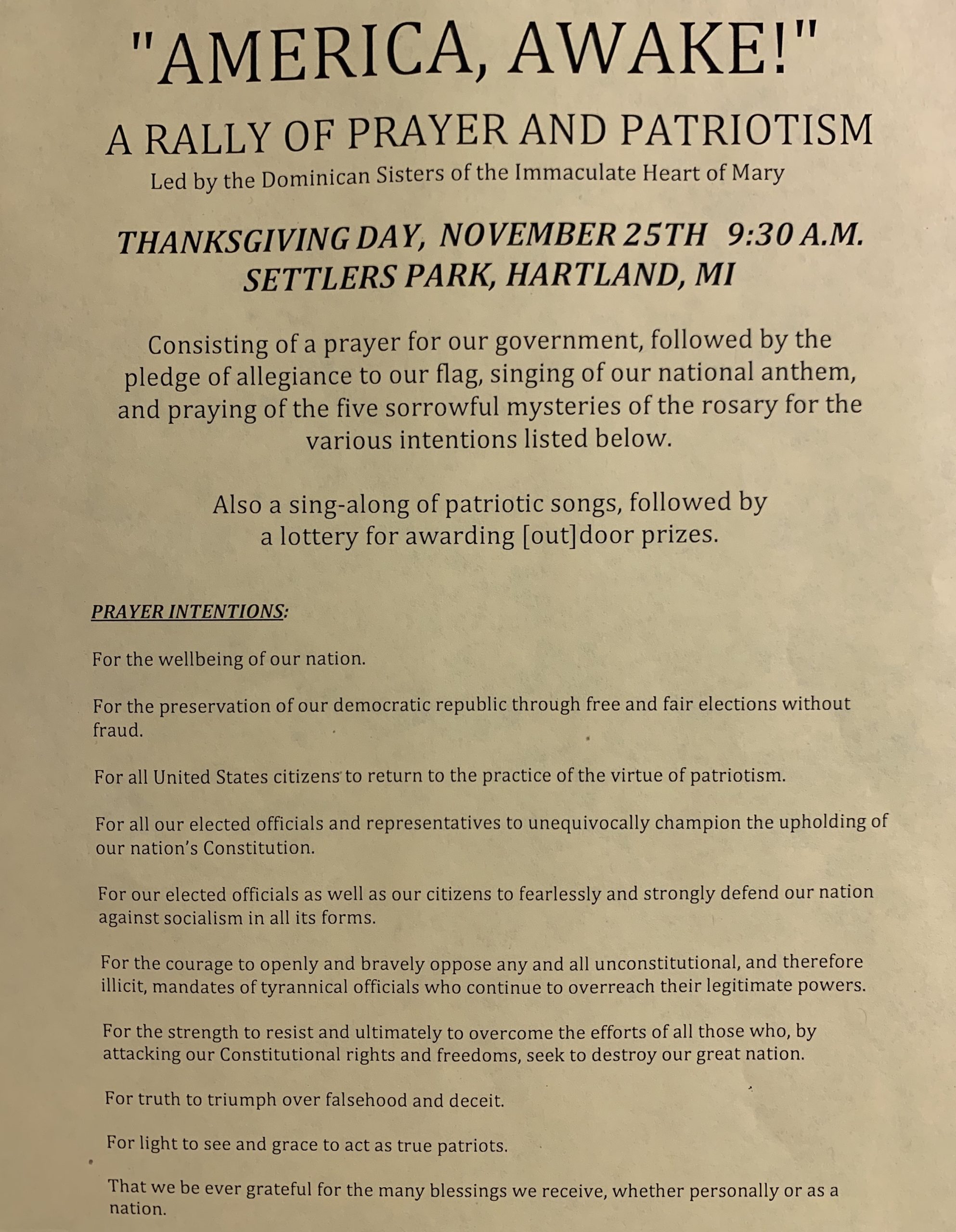 America Awake! A Rally of Prayer and Patriotism

Led by the Dominican Sisters of the Immaculate Heart of Mary

Consisting of a prayer for our government, followed by the pledge of allegiance to our flag, singing of our national anthem, and praying of the five sorrowful mysteries of the rosary for the various intentions listed below. Also a sing-along of patriotic songs, followed by a lottery for awarding [out]door prizes.

For truth to triumph over falsehood and deceit.

For light to see and grace to act as true patriots.

That we be ever grateful for the many blessings we receive, whether personally or as a nation.