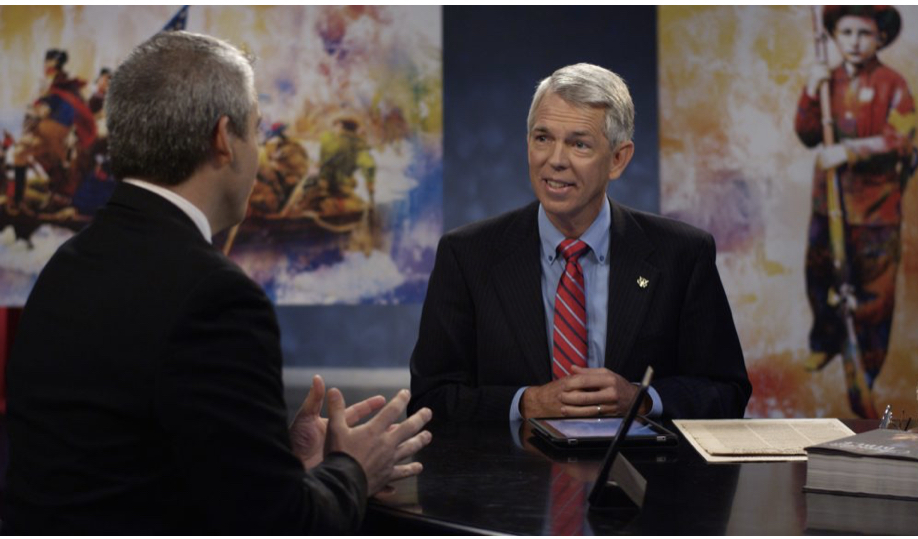 David Barton, an eminent and well respected American historian, will present the truth about American history from a Christian Perspective. He is the Founder of Wall Builders, a national pro-family organization that presents America’s forgotten history and heroes, with an emphasis on our moral, religious and constitutional heritage.

Wall Builders is a name taken from the Old Testament writings of Nehemiah, who led a grassroots movement to rebuild the walls of Jerusalem and restore its strength and honor. In the same way, Wall Builders seeks to energize the grassroots today to become involved in strengthening their communities, states, and nation.

David is the author of numerous best-selling books, with the subjects being drawn largely from his massive library of tens of thousands of original writings from the Founding Era. He is a sought-after speaker, bringing the truth of America’s history to churches, civic and military groups, schools and universities, and community events. David is also a frequent guest on a number of national media programs, and is a host on a daily radio show, Wall Builders Live.

His exhaustive research has rendered him an expert in historical and constitutional issues and he serves as a consultant to state and federal legislators, has participated in several cases at the US Supreme Court, was involved in the development of the History/Social Studies standards for states such as Texas and California, and has helped produce history textbooks now used in schools across the nation.

David has received numerous national and international awards, including Who’s Who in Education, DAR’s Medal of Honor, and the George Washington Honor Medal from the Freedoms Foundation at Valley Forge. His work in media has merited several Angel Awards, Telly Awards, and the Dove Foundation Seal of Approval.

David and his wife Cheryl reside in Aledo, Texas, they have three grown, married children (Damaris, Timothy, and Stephen), and five grandchildren.