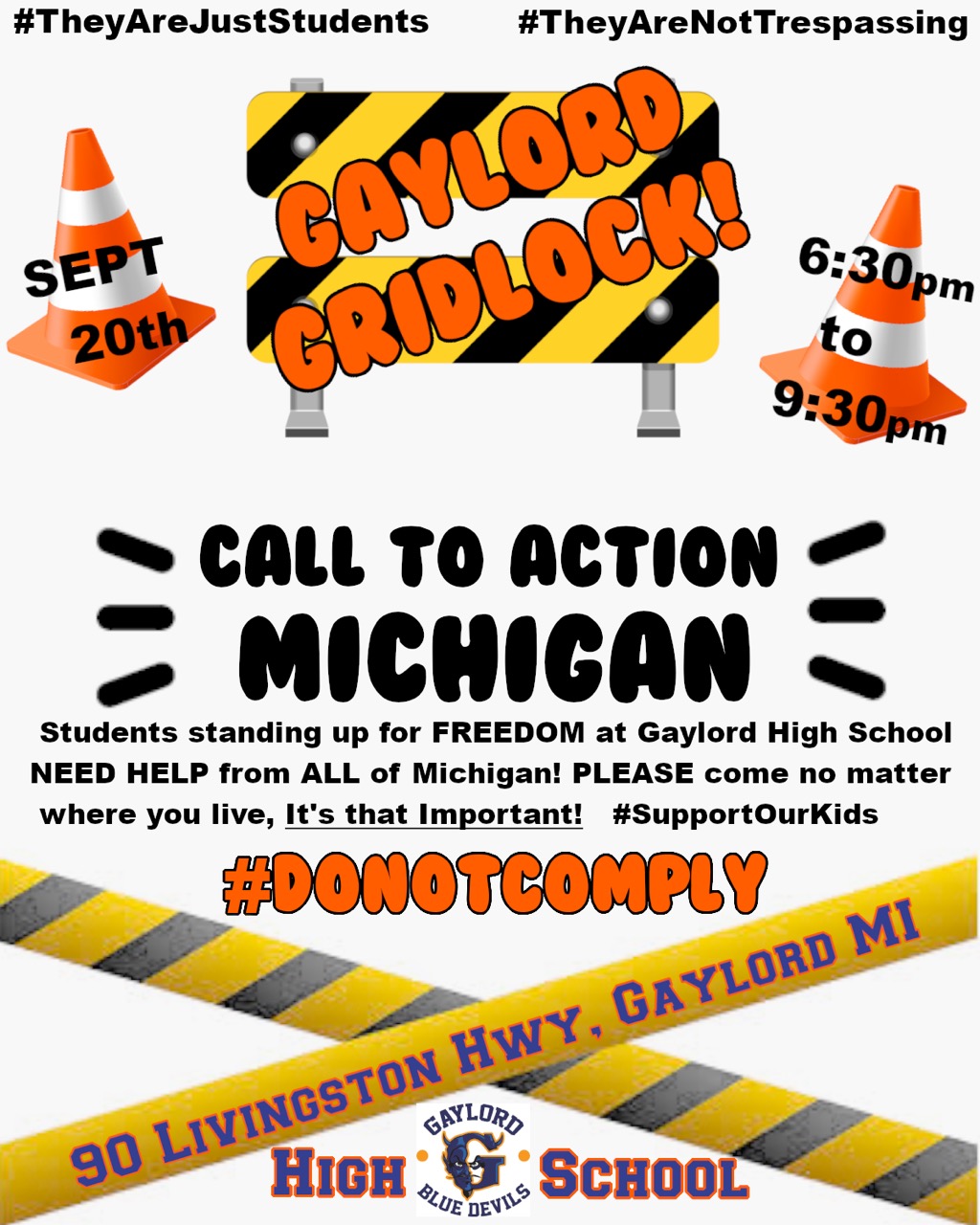 As of Sept 9th a total of 65 students were escorted out of school by the police, all because they were taking a stand against the mask mandate.

Started with about 15 students not complying and the next day more followed, the principal or teachers didn’t make a scene until the numbers were growing, that’s when the principal decided to punish the kids, threatened to suspend them but had them sit in Commons area, and then local law enforcement was brought in stating the kids were trespassing because they didn’t leave the school grounds, UNREAL. Those students were attending school!

The kids are now faced with either surrendering to UNCONSTITUTIONAL mask mandates to be in school, or virtual learning from home without playing sports.

The Board of Education for Gaylord Community School has consulted legal, and have a meeting slated for September 20th, 2021.

The kids of Gaylord High School need everyone’s help and support to tell the school board they will not comply with draconian mask mandates! Let’s show them support and come together like never before by having the entire state of Michigan fill the streets of Gaylord on the 20th!

NOBODY MESSES WITH OUR KIDS!