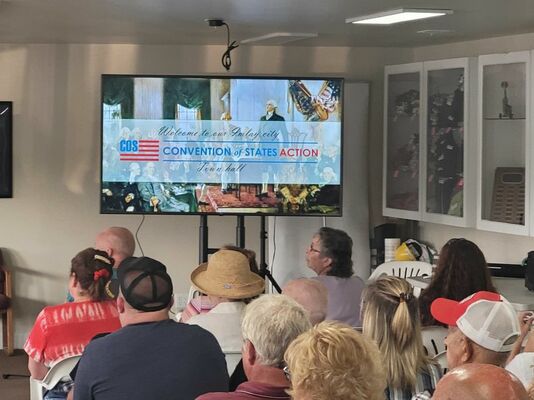 Did you know that we have multiple legislators who have been in Congress since the 1980s, and many more since the 1990s? How could anyone who has been entrenched in the Washington swamp for over four decades have any sense of the needs of the citizens of their states? It’s the very picture of  “out of touch.”

What the framers of our Constitution intended as a brief departure from one’s career to serve their neighbors has become something far less altruistic. Many senators today are entrenched bureaucrats, serving themselves and their pet special interest groups first; the citizens they were elected to serve ignored. Some may eventually leave Washington, D.C., but few ever truly leave the swamp.

It doesn’t matter whether you’re a man or a woman, married or single, Democrat or Republican, wealthy or poor. We’ve all been there. While we’re watching the news or listening to the radio, we see the familiar face and hear the same voice that we’ve heard countless times over the years. We find ourselves asking… How long have they been there? Will they ever leave?

If you’re like I was, you’ve probably settled into the disheartening idea that nothing will ever change. After all, they’ll never vote themselves out. We all know it’s time for them to go, but how? What can be done?

The Founders foresaw a day when the federal government would serve themselves instead of the people. They provided us a way to rid ourselves of an imperial, entitled Congress through Article V of the Constitution. And it’s something that those who have a vested interest in the current corrupt political system don’t want you to know anything about.

Michigan Convention of States is hosting a Citizen’s Forum where you can learn all about how to drain the Swamp. Come and have all your questions answered. Come learn about the solution that is as big as the problem. Come join us!

ABOUT CONVENTION OF STATES

Article V of the Constitution deals with how the Constitution may be amended and by whom. Traditionally, Congress has handled that function; however, the Framers also inserted a method to be used when Congress ceased to act for the benefit of the people. The Convention of States process restores the checks and balances of power between the federal and state legislatures. It is a process used to amend the Constitution and place practical limits on the actions of the federal government and its bloated bureaucracy.