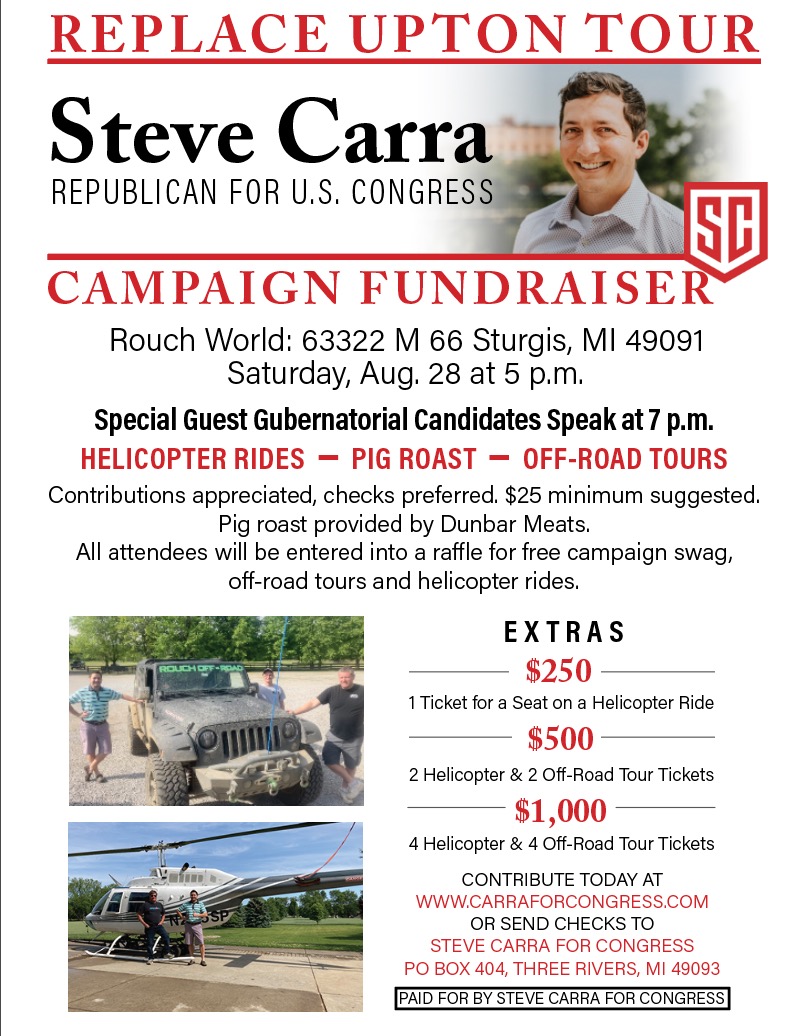 Representative Steve Carra is inviting the public to an action packed campaign fundraising event! At the event, Steve will be raffling off campaign swag, rides in Humvee’s, helicopters and Jeeps! The event is a fundraiser for his congressional campaign.

Steve is running to replace the second most LIBERAL “Republican” in congress. Fred Upton voted to impeach president Trump, he supports amnesty for all and he is a LIBERAL career politician…he does NOT support the people of the sixth district, he is too busy supporting corporate welfare, impeaching President Trump and increasing the size of the federal government!

We need a person of character -a REAL conservative- to represent the Sixth District of Michigan. There is too much at stake to give a TRAITOROUS RINO career politician another chance! Steve Carra is a REAL Constitutional Conservative and we need him to fight for us in Washington. Steve’s record in Lansing is a beacon of hope, he has fought the swamp there and he is going to do battle for us in Washington! We NEED every patriot to come by and chip in, let’s have a blast!

Help Steve FIGHT the radical left clown show that is degrading our nation; come chip in by taking a Helicopter ride, an Off-road tour and dining at our BIG pig roast!