Get to Know Andrew Sebolt 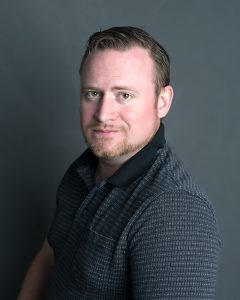 Andrew Sebolt began his Conservative Grassroots activism in the mid-2000s. A Gathering of Eagles and Operation: America Rising were two groups Andrew helped lead to protect veteran memorials from the thuggish attacks of the Left. He later went on to become a Tea Party Leader, served on MIGOP State Committee, and served as the Oceana County Republican Chairman for 6 years. Before fighting vaccine mandates was popular, Andrew led the charge to prevent vaccine mandates in the Oceana County Medical Care Facility while serving on its Board of Directors from 2012-2014. In his 6 years as a County Commissioner, he forced through the first tax reductions in history, passed the 2nd Amendment Sanctuary Resolution, and successfully fended off adoption of a resolution to support Drivers Licenses for Illegals.  While many talk, Andrew acts and is now running as a Republican State Representative candidate for the 102nd District.

MORE TO KNOW ABOUT ANDREW SEBOLT FROM OUR UNITE FOR MICHIGAN Q&A:

Q. If you were not in your current endeavor, what would you be doing instead?

A. Due to my previous campaign management at the local and state levels, my political pursuit would be geared towards assisting real conservative and liberty-minded candidates to attain their primary elections.

Q.What has been the biggest impact on state government in the last few years?

A. Covid is what undermined every freedom we enjoyed and caused the economic devastation we are currently in. By caving to covid and Whitmer, the legislature in 2020 abandoned their duties to protect us from THEIR OWN LAWS and a governor on an ego trip. That shut down primed the election failure in 2020 due to mass absentee voter applications and the fraud it so clearly welcomed. Winding up with Joe Biden occupying the White House has only further curtailed freedoms and personal responsibility to the point of not being able to afford fuel and common products if those products are even available on the store shelves.

Q. What do you see yourself accomplishing in your two years as a Representative?

A. Knowing how current legislators have a high rate of return to their elected office, I need to first focus on the primary. If I win that and beat the Whitmer-hugging opponent, the answer will then depend on who is elected as Speaker of the House. If it is someone who fears election integrity and standing up for Freedom, then I may be relegated to committees like DNR or buildings and grounds. Then again, if someone is elected who likewise wants to restore our elections and restore our freedoms, then my chances to get to work on those important issues can take effect. My personal choice would be to serve on the Election Integrity committee and Health Policy (to ensure we no mandates are ever allowed).

Q. Who do you most admire or are inspired by in politics today, and why?

A. Trump knocked down the door for non-established politicians to regain their government. I think we all owe him a place at the top of our lists of people to admire when it comes to conservatism in practice. I also admire Ted Cruz (as a Constitutionalist) and Rand Paul (as a liberty-minded patriot).

Q. What is the biggest need you face in your campaign today?

A. Like any campaign, donations. But being a non-established candidate against one of the Top Lobbyist Lunch Eating Republicans in Lansing who is well funded by them, every little bit of assistance I get is greatly appreciated. One of the greatest assets I do have is a large number of volunteers. I believe I have more volunteers actively helping me in the City of Ludington alone than both opposition campaigns have active volunteers combined in All Four Counties. But this is not enough: with the price of gas at $5, I need more volunteers willing to hit doors in their precincts so we keep our message of Freedom moving strong.