Get to Know Kristen Meghan Kelly 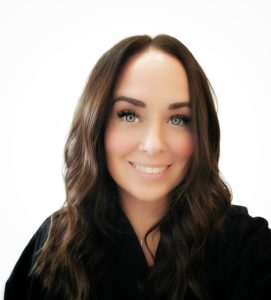 My name is Kristen Meghan and I am a 40-year-old wife and mother of two daughters.  I have worked in the field of Occupational and Environmental toxicology since 2002. I work as an Industrial Hygienist, also known as an Exposure Scientist. I am a whistleblower who is not afraid to expose wrongdoings that have to ability to harm individual Americans. I have been a part of the Liberty Movement since 2010. I never looked to profit off my ability to help others, this is a part of who I am and how I continue to uphold my Oath. I loved learning from others and working in grassroots movements to provide positive outcomes for everyday people.

MORE TO KNOW ABOUT KRISTEN MEGHAN KELLY FROM OUR UNITE FOR MICHIGAN Q&A:

A. If I wasn’t in my current field, I would most likely be in the legal field.  I have stood up for the rights of Americans since I was a child.  In middle school, I carried a book in my backpack that covered the rights of teachers and students. I always believed society could run more cohesively if individuals were armed with the knowledge of their rights to be able to peacefully and non-violently ensure their rights are protected.

A. The biggest impact in my industry over the past 5 years has been the ethics of my profession being altered by politics.  The Occupational Safety and Health Administration is guilty of revisionism and allowing themselves to be weaponized for political gain.  A large number of Industrial Hygienists and Occupational Safety and Health Professionals work for the government, which backs them into a corner between executing the ethics of their profession or staying quiet for fear of defamation or loss of income. On August 25th, my colleagues and I will air America’s Frontline Industrial Hygienists and Multidisciplinary Support Summit on Stand-Up Michigan’s Website at 3:00 pm EST. This will hopefully show our colleagues they can stand up and speak the truth about proper risk mitigation efforts involving health hazards that the government has criminally mishandled.

Q. Where do you see yourself or your business in 5 years?

A. If I can clear my name through my defamation lawsuits, I hope to unite with other colleagues and start an organization where we provide assistance and guidance to employees to combat misguided and propaganda-based information and defend clients against unlawful and unjust OSHA and EPA citations.  The public needs to realize how small businesses are targeted for revenue generation, while large corporations are treated differently. The Health and Safety of employees are key, but too often they are strong-armed into accepting fines and citations where they are not obligated to.

A. I admire and greatly respect former Congressman Dr. Ron Paul.  In 2007, I learned about him while I was on active duty.  It was a time when we were policing the world and putting military members in harm’s way, as an irrational offense, rather than a constitutional defense. Ron Paul showed me if I wanted to stand up and fight for individual liberty, I had to do it as a civilian.  After leaving active duty, after nine years, I started working with location groups in the Chicago area where we helped Dr. Paul during his run for President in 2012. His long record of voting only in line with The Constitution influenced me and others to hold the government accountable, through administrative and peaceful actions. He further propelled me to conduct my own research on the foundation of our country and where things went wrong.  I even have a RON PAUL REVOLUTION tattoo on my forearm!

A. There are several organizations I support that are doing selfless and amazing things for We the People.  One organization that has the ability to fight for everyone in this country is We the Patriots USA.  They are a nonprofit organization that was founded by both a female military and a male attorney and father who saw his son harmed by a vaccine. We the Patriots help raise funds for those looking for legal representation involving serious situations of Health Freedom and other violations of individual liberty.  They aid in securing representation in the plaintiff’s state, they vet attorneys who are able and driven to stand up for freedom!

A. The biggest need I face in my professional realm is support in standing up and fighting to clear my name against a highly defamatory hit piece that was written to attempt to discredit me, bully me into silence, and inhibit other exposure to scientists from coming forward about the proper control measures.  I am historically the one who runs, donates, and promotes fundraising initiatives for violations of individual liberty and parental alienation litigation.  It is very difficult being on the other side of the coin seeking financial donations and assistance, but the hit piece is used to discredit me and has had a major impact on my professional reputation and ability to work in my profession.  I have been donating my time and finances to help others throughout the mishandled pandemic. It is very difficult to continue when I am putting all my resources into defending my name, which has an extensive cost in litigation. Those who would like to support this fight can do so at www.givesendgo.com/truthinhealth