Get to know Ryan D. Kelley 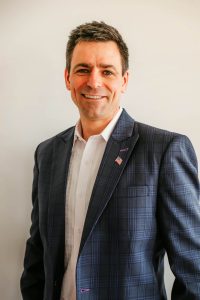 Who Conservative Candidate for Michigan Governor Ryan D. Kelley is:

Ryan Kelley is an America First Grassroots Patriot running as a Republican to become the 50th Governor of Michigan. He has lived in Michigan for 35 years and graduated from Jenison High School in 1999. He attended Grand Rapids Community College before obtaining employment in telecommunications with Ameritech (now AT&T) operating as a union employee with the CWA for over a decade. In 2011, Ryan started a real estate investment firm. He worked for several real estate agencies before becoming a broker and opening his own real estate agency in 2019 . He resides in Allendale with his wife and 5 beautiful children.

During the stay at home orders imposed by the Governor in 2020, Ryan and several of his colleagues organized several rallies across the state to protest the lockdowns and mandates restricting our freedoms. The first rally on April 30,2020 gained national attention and was the catalyst for many people to protest lockdowns throughout the country. In July of 2020, Ryan met with the DOJ and FBI to discuss Governor Whitmer’s violations of the U.S. Constitution by issuing her executive orders. Ryan gained national recognition again in October of 2020 when he organized a Nationwide Freedom March that had participation in over 50 cities in 26 states.

After the 2020 election, Ryan organized several Stop the Steal Rallies. Ryan supports a Full Forensic Audit of the 2020 Election. He encouraged his supporters to fill out an affidavit demanding this audit and was part of a group of Patriots who tried to deliver these signed affidavits to the Michigan Legislators and the Governor in June of 2021.

Since announcing his run for Governor on February 1,2021, Ryan has travelled around the state speaking to many different organizations talking about his Michigan First Policies and listening to the concerns of the People. In response to further restrictions on our Freedoms with the vaccine mandates, he has stood side by side with Health care workers from Henry Ford Hospital and Mercy Health as they protested for their right to choose what goes into their bodies. Additionally, he was invited to speak at Medical Freedom Rallies organized by Turning Point USA students at the University of Michigan and at the Capitol in Lansing. Manchester High School students also invited Ryan to speak and stand with them and their parents as they protested against the school mask mandates. He spoke at a Michigan Against Vaccine Passports Rally at the Capitol this summer.

Over the past several months Ryan has attended many school board meetings and spoke in support of parents who are against the mask mandates and the educational indoctrination CRT and SEL programs being taught in some school curriculums.

Being a strong supporter of the 2nd Amendment, Ryan would like to see Michigan become a Constitutional Carry state and will work with the legislators to make this happen.

Ryan is unapologetically American and wants to help ensure the America he grew up in remains the same for his children and future generations. On December 15th Ryan released a plan for his First 100 Days in Office. You can read this plan and learn more about him at ryandkelley.com

MORE TO KNOW ABOUT RYAN D. KELLEY FROM OUR UNITE FOR MICHIGAN! Q&A:

A. Running my real estate firm full time and spending as much time with my wife and kids as possible.

A. Finished as Governor of Michigan and figuring out where to go next with life.

A. My wife, she is such a hard worker on her business, with homeschooling our kids and being an amazing wife.

A. Will not name any specifically, but organizations that focus on providing a great future for our children.